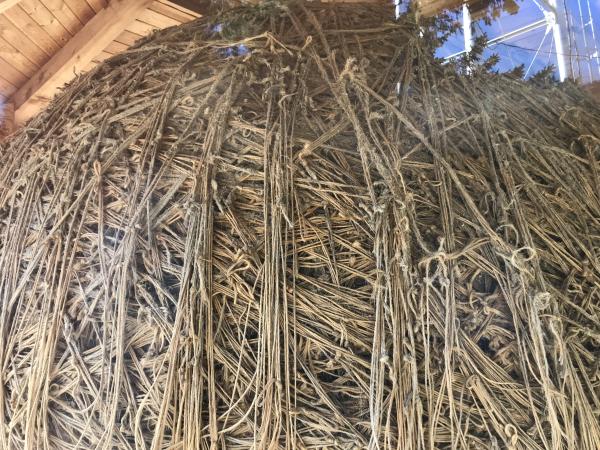 Apologies for ghosting you all the past six weeks.  As mentioned earlier, I’ve been on a sort of writers sabbatical at the Collegeville Institute this semester working on a new book.  I’d imagined long, luxurious days of uninterrupted silence in which I would make so much progress that I would need extra craft projects at night to keep me occupied.   Are you surprised to hear me say that it hasn’t turned out like that?  No, probably not.  Nevertheless…

I am loving it here.  It was a glorious fall draped in yellow leaves.   The beauty of it all made it difficult to stay inside and focus.  Now it has turned frosty and silver gray.  Still beautiful, but easier to stay inside.  This should help a bit on the writing front.

I am loving not only Collegeville, but the project.  I’ve now interviewed 30 Christian leaders on questions related to power and am listening for themes that emerge in these conversations about what the healthy and holy exercise of power looks like.  I’ve also been diving into the lives of Christian leaders over the centuries and looking at how their stories connect with ours.  The last couple days I’ve been entirely wrapped up in the life of Nicholas Black Elk—a Lakota medicine man and catechist whose cause is being promoted for sainthood by the Diocese of Rapid City, where I was last June.  I met one of his descendants who now runs the church in Manderson, SD that he helped to plant, and since then I’ve been fascinated to discover more.  I recommend the following video.  And then Jon Sweeney’s book is also very good.

In between times (rather than working on that craft project I had planned!) I’ve had the chance to attend prayer with the monks of St. John’s at the abbey a half mile up the hill.  (I didn’t think that it was a hill until I started to walk it regularly… in the snow…uphill both ways.)  I’ve gotten lost a good number of times in the woods, which was especially delightful.  I’ve learned about how wild rice is harvested. I've walked on the Lake Wobogon trail.  I went to listen to cranes migrating.  And, I’ve visited the world’s largest ball of twine rolled—is that the right verb?—by a single person.  Not to be confused with the world’s largest ball of twine rolled by a bunch of people.  That would be in Kansas.  Nor the world’s ball of twine by size (vs. weight).  That would be in southern Missouri.  One has to keep track of such things…. And so you can see why it might be hard for me to get serious writing done.

So, it is probably best if I turn back to my task of the semester.  But first I will share with you two preachings that I posted for The Word in the midst of all this.  Yes, in the middle of trying to concentrate on this writing project, I somehow managed to sign myself up for not one, but two VERY DIFFICULT PARABLES to preach upon.  That, too, was not planned.  But I am grateful.  They ended up being fascinating passages to reflect on, and linked in some interesting ways.  (See postings for November 4 and November 16).  Now, seriously, down to business.